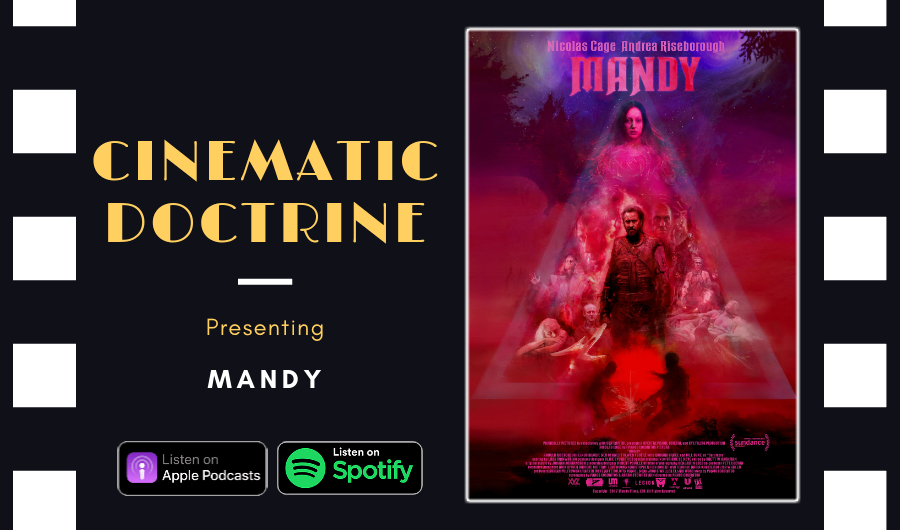 Earning a 4-minute standing ovation at Cannes Film Festival, Mandy embraces the world of art-house cinema while comfortably fitting itself amidst popular midnight movies. It’s the best of both worlds, and that’s not the only thing about Mandy that flips like a coin. Perhaps it’s most alienating quality is it’s most attractive, and I seek to engage its passionate love and furious anger in this latest episode of Cinematic Doctrine!

Mandy was a movie voted on by members of Cinematic Doctrine’s Facebook Group. If you’re interested in having your voice heard, join here!