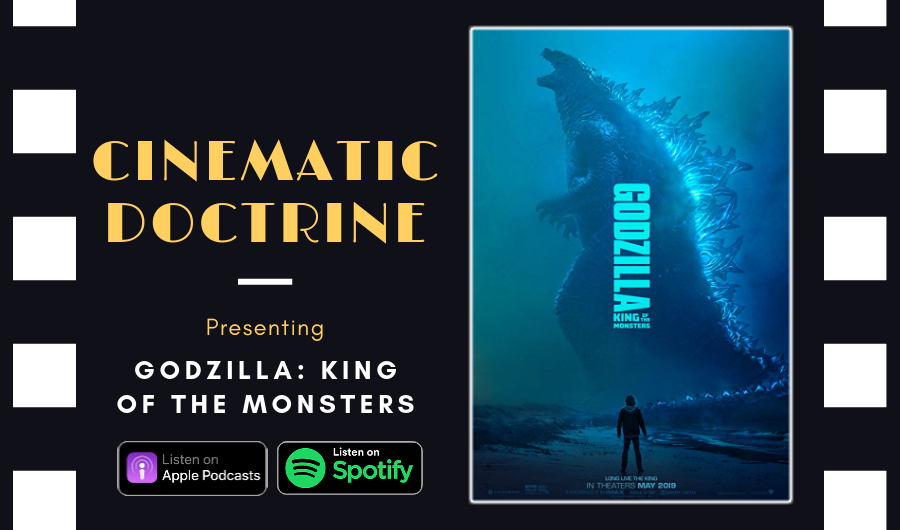 Michael Dougherty has said Godzilla: King of the Monsters is to Godzilla (2014) as Aliens is to Alien, and while I can understand the logic, I don’t know if the comparison works entirely. At the very least, both films feature inventive motion capture, if you can call 3 actors playing the individual Ghidorah heads inventive.

Trivia aside, how does Godzilla: King of the Monsters handle in comparison to not only Godzilla (2014), but even the much appreciated 1954 original? Come join me as I contemplate what it means for a franchise to change so much over the years, and whether or not King of the Monsters is a worthy addition to a much-loved franchise.

Godzilla: King of the Monsters is Rated PG-13 for sequences of monster action violence and destruction, and for some language. It features Vera Farmiga, Ken Watanabe, Sally Hawkins, Millie Bobby Brown, and Bradley Whitford. Directed by Michael Dougherty.