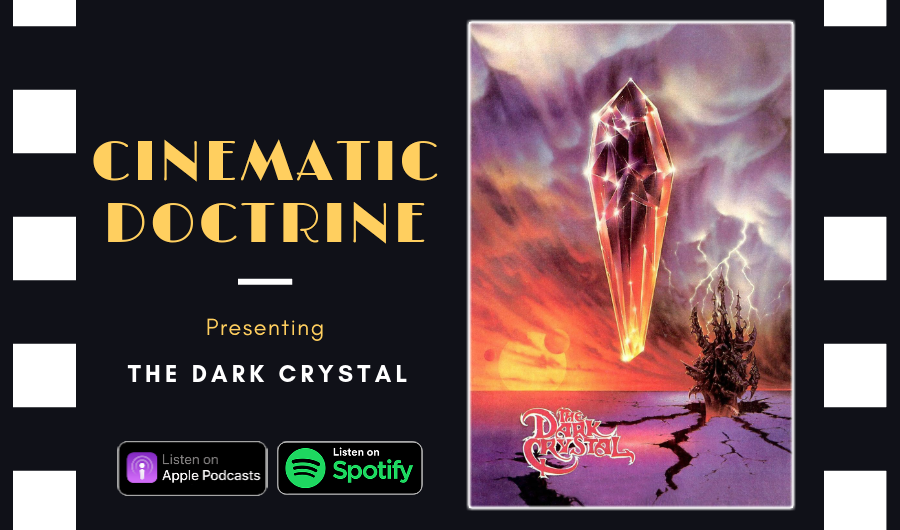 Well, okay, not really, we’re here to talk The Dark Crystal, Jim Henson and Frank Oz’s high-fantasy movie from 1982, the same Dark Crystal that just saw a prequel released on Netflix (but more on that in another episode!). We’re here to review The Dark Crystal and its puppet magic, so why don’t you press that play button and join me on an adventure in another world, and another time!

The Dark Crystal is Rated PG but has no detailed certificate. So, here’s my own certificate: mild violence and frightening images.

Consider supporting Cinematic Doctrine on Patreon! As a bonus, you’ll gain access to a once-a-month movie poll where you decide a movie we discuss on the podcast! You also gain access to the The CinDoc Pre-Show, the upcoming Patreon exclusive podcast series where my cohost Daniel and I casually talk movies, Christianity, and life itself.

Melvin Benson is the founder, editor, and lead host of Cinematic Doctrine. He’s written fiction and nonfiction for over a decade with short stories featured on the Creepypasta Wiki and Wattpad. His novelette Ethereal Temptation, a teen drama with a tinge of magical-realism, can be read for free here. His hope is to see King Jesus glorified as far as the east is from the west!