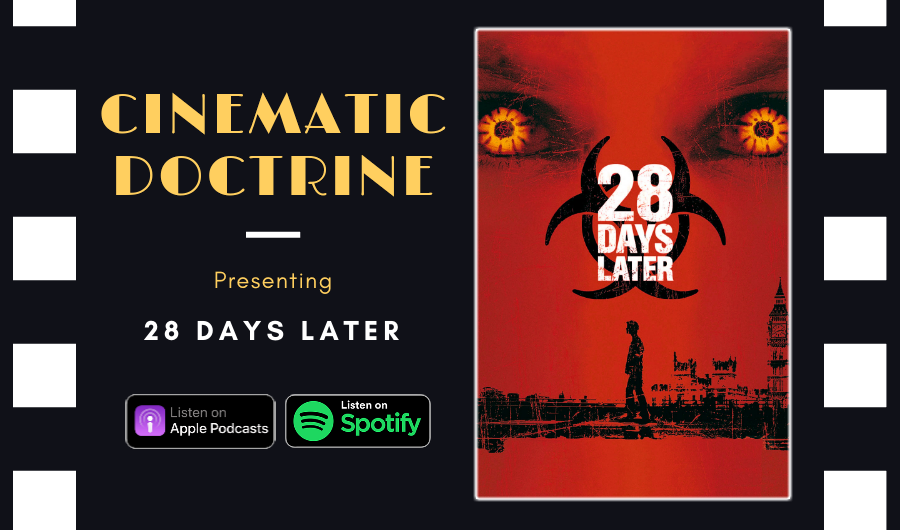 At this day and age, it’s hard to imagine the zombie genre resurrecting in full force. Yet, interestingly enough, that was the same feeling surrounding the kitschy horror zombie genre prior to the release of 28 Days Later, a film often considered alongside the great Romero films of the late 60’s early 70’s. And, like with 28 Days Later, we could be one film away from a resurgence of brain-eating, flesh-rotting, gross-looking, culture-shocking zombie flicks.

But until then, let’s look back at what gives 28 Days Later it’s staying power, and think about the fascinating concepts surrounding the genre from questionable ethics, to cultural interest!

28 Days Later is Rated R for strong violence and gore, language and nudity.