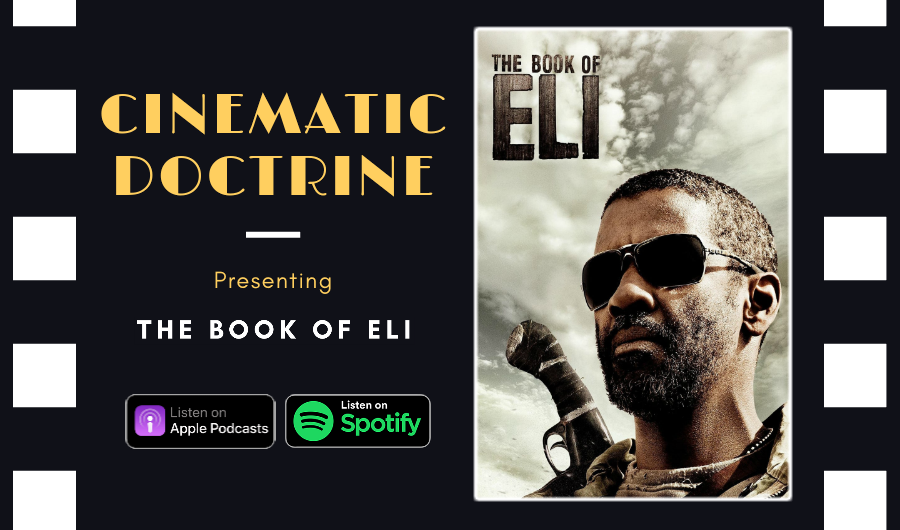 The Book of Eli is a strange film, to be sure. Released in January of 2010, Denzel Washington’s post-apocalyptic samurai-like action flick seemed to shoot for the stars, and seemed to fall into the strangest of places: the Christian community.

To this day, I occasionally hear chatter over the film among church-goers, and I’ve always found it a little interesting considering the violence within the film. Not that I’ve shied from watching violent flicks, as anyone who listens to this podcast knows, but it’s always interested me that Christians talk about The Book of Eli among other church favorite films like The Princess Bride or the Lord of the Rings trilogy.

Because of this, it was a no-brainer to give The Book of Eli a look on the Cinematic Doctrine podcast, so without further ado, press that play button and let’s get into it!

The Book of Eli is Rated R for some brutal violence and language.

Directed by The Hughes Brothers.