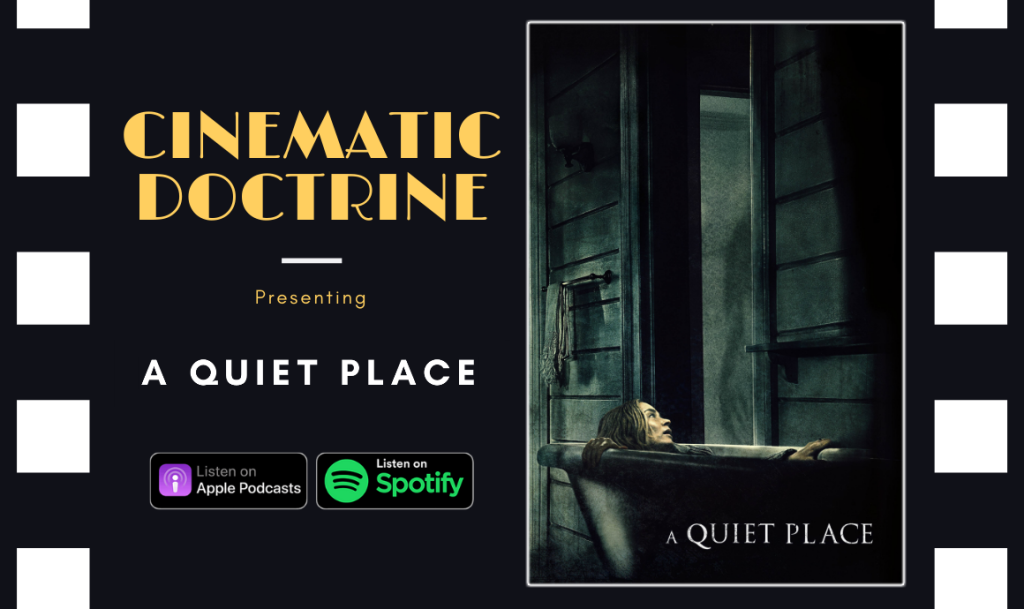 Perhaps one of the most talked-about movies of 2018, A Quiet Place took theaters by storm! Anyone and everyone were running out to catch this low-budget horror flick and it’s all largely due in part to an excellent trailer campaign. I don’t know about you, but I remember theaters treating the trailer for A Quiet Place with more reverence than the movie that would show afterward!

And so, for this month’s Patron-voted review, and the last episode of Cinematic Doctrine for the year, let’s talk about A Quiet Place, it’s effectiveness, and why I would consider it to be a part of a cheeky, new sub-genre of movie called Mom Horror!

A Quiet Place is Rated PG-13 for terror and some bloody images.