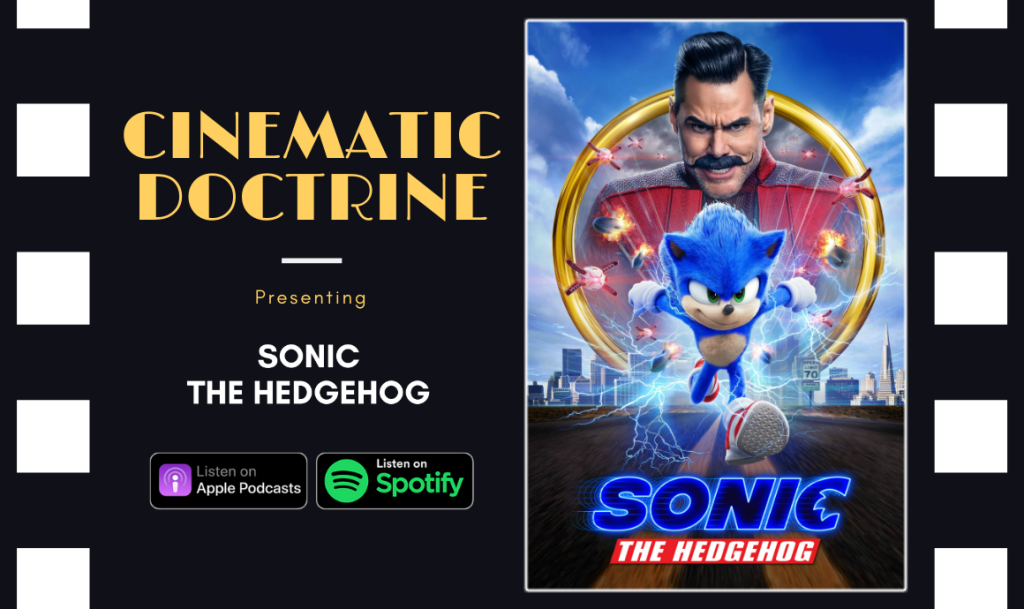 In response to Daniel’s message about doing a discussion episode for Birds of Prey I said, “That sounds great, but we haveta talk about Sonic the Hedgehog, too.”

Let me tell you, this was a blast to record! Daniel and I had some very interesting thoughts regarding the debut Hollywood feature film for the blue blur, and it’s one of the most entertaining pieces of Cinematic Doctrine media you can find. Trust me!

In this discussion episode, Daniel and I share fun stories about playing the Sonic video games, our immediate (and hilarious) takeaways from this bizarre film and how Jim Carrey steals the show, and whether it’s wise to indulge a film as nothing more than candy or background noise.

Sonic the Hedgehog is Rated PG for action, some violence, rude humor and brief mild language.

Consider supporting Cinematic Doctrine on Patreon! As a bonus, you’ll gain access to a once-a-month movie poll where you decide a movie we discuss on the podcast! You also gain access to the The CinDoc Pre-Show, the upcoming Patreon exclusive podcast series where my cohost Daniel and I casually talk movies, Christianity, and life itself.

Melvin Benson is the founder, editor, and lead host of Cinematic Doctrine. He’s written fiction and nonfiction for over a decade with short stories featured on the Creepypasta Wiki and Wattpad. His novelette Ethereal Temptation, a teen drama with a tinge of magical-realism, can be read for free here. His hope is to see King Jesus glorified as far as the east is from the west!