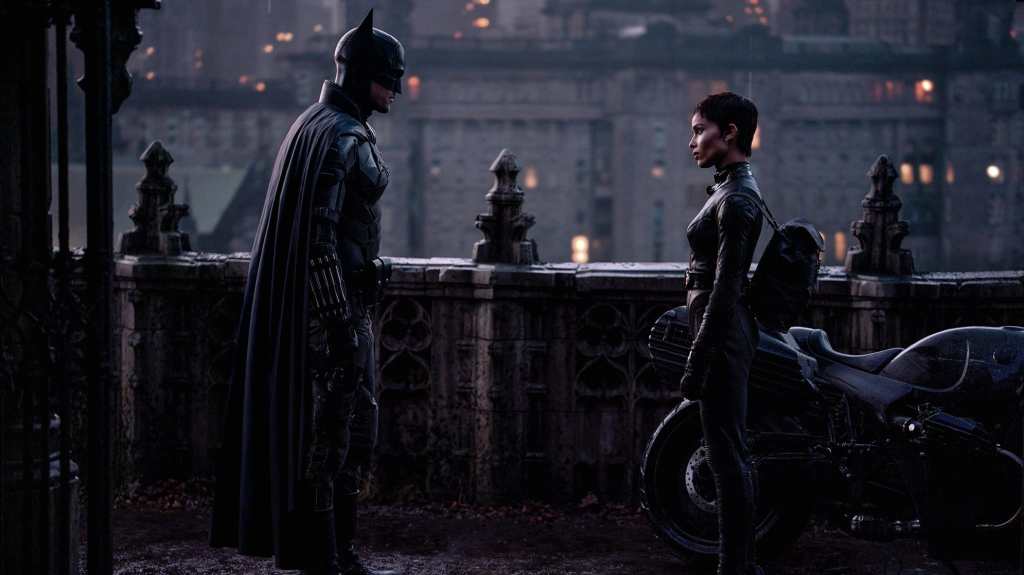 Although Daniel has likely read more of his fair share of Batman comics, I’ve read a lot, and lately I’ve been rereading them where I can. Of course, I’ve read some heavy hitters: Year One, The Long Halloween, Dark Victory, The Killing Joke, Arkham Asylum: A Serious Place on Serious Earth, A Death in the Family, Hush, The Dark Knight Returns. I’ve also read some other, more modern goldies such as a few issues into Scott Snyder’s glorious New 52 run, Batman and Robin, Black Mirror (I’m a huge Dick-Bat fan), and even suffered through Final Crisis which I absolutely abhorred. Recently, I picked up a few new collections because, thanks to Matt Reeves’ The Batman, we’ve simply reignited my passion for the fiction of Gotham. Heck, I even returned to the Arkham games, finally completing Arkham Origins so I could finally play Arkham Knight after all these years.

Suffice it to say, I’m learnt when it comes to Batman. Perhaps not as deeply learnt as other fans of Gotham fiction. It’s expansive and goes beyond the city limits. I’ve never explored Blüdhaven, I’ve only read one Superman comic (The Death of Superman. Old print I got with World Without a Superman, although I haven’t read that one yet. 1993 printings. When the DC Logo looked like Converse!), a handful of negligible Catwoman comics, and that’s about it. But, again, I’ve likely read more than the average person. Maybe not the average Letterboxd user, or internet geek. But I digress. I’m learnt when it comes to Batman.

It’s clear that Matt Reeves is also quite learnt in Batman and Batman accessories. Putting his far more overt imitation of The Long Halloween aside (which I’ll get into more later), there’s a lot of great touches that Matt Reeves employs to enhance his version of the Caped Crusader. This young, angry, brooding, gross shell of a 20-something year old crime-fighting vigilante has all the makings of a post-post-post-hero that’s been gestating in the DC catalog for decades. There’s a great meme online talking about how every few years a darker, grittier Batman film releases, and apart from the general interest we all have in seeing Batman get grimier and nastier, it seems like Batman as a fictional character is one akin to Hamlet. People keep talking about him because even the character itself spurs conversation.

Batman responds to trauma by donning a cape, wearing a costume, and beating up criminals. That’s extremely silly. There isn’t some toxic wave involved in giving Bruce Wayne radiation-based powers, there’s no cosmic event creating an inhuman called the Batman; Bruce Wayne simply witnessed his parents died and decided to express his emotions in what constitutes the most absurd and irrational way. It’s strangely relatable as someone, too, who acts in bizarre ways in response to his trauma. And, perhaps what’s enhanced the character is his brilliant villains, for which there are many. Even the ones that seem the silliest like Calander Man standout due to quality writing and Batman’s inherent focus of being both a human and a detective. Batman, in other words, is at his worst when he’s trying to stop a giant laser shooting into the sky. He’s at his best slowly walking through rooms soaking in the environment, making cynical puns about clues because that’s what makes them clever, and using his smarts to outwit those who wish him dead.

Batman is deeply human, yes, but he’s also superhuman. I don’t know where Bruce finds time to sleep, and Reeves captures this more-than-nocturnal creature on screen in excellent prose. I’m almost convinced Batman walks slowly because he sleeps like a fish. He has to keep moving because fighting crime is like water: it has to pass through his gills- ehrr, criminals need to get punched or else he’ll die. When Pattinson has momentary bursts of emotion, it’s more than cathartic: it’s adrenaline pumping. It’s the only thing that sparks emotion in him to begin with. He’s so suppressed and impatient with himself that emotions catch him off guard.

When The Batman was soon to release, I kept getting asked at work if the movie looked good. I kept saying, “Yes.” but would soon have someone respond back, “But it’s got the guy from Twilight.” I had to stop eye-rolling every time this happened or I’d get dizzy and fall over. Good Time evangelists need to try harder. But Twilight is a good metric for Pattinson’s performance here. And I don’t mean to imply he’s bad. By no means! Rather, this particular stage of Bruce – young, unrefined, misguided – is one with serious emotional setbacks. He’s completely under matured and has put all his skill points in observational skills and good tastes in Nirvana songs. I really must confess I was unimpressed with Pattinson during my initial watch, but that’s because I really pine for the dramatic side of Batman. The stories that play with the whole character as opposed to one or two dynamics are the kinds of Batman tales I thoroughly enjoy. It’s likely why I love Dick-Bat so much. He can’t get away from the fact that he’s not Bruce Wayne. He’s Dick Grayson. And Dick Grayson being Batman is inherently fascinating. With The Batman, the drama takes a serious back seat to the detective work, as well as the visual storytelling present in the film. Without theater tickets and pearls, it’s hard to work in drama, but that’s why brilliant writers utilize the Bat-Family or other heroes like Superman to draw on Batman’s drama. Without these, you truly do only have Alfred, and even Alfred only has, like, 3 scenes in this film.

Upon this second watch, the drama is much more bearable for me: in that the drama barely exists at all but seems both appropriate and intentional. There’s so much at play in The Batman already, adding in any other factors could be a mess. When it comes to The Long Halloween, the chapter breaks of each issue, and the focus on each holiday carrying a different theme makes it immensely easy to begin a mini-narrative and end it. Holidays like Mother’s Day and Father’s Day are easily manipulated to produce effective, creative drama. Even New Year’s Eve with Joker’s admittedly brilliant plan to drop poison on Gotham’s night-time partiers to kill the Holiday killer has a drama of its own. “There’s too much new going on, Batman! Even a new killer! That’s one too many!”. It propels the idea that things are a-changin’, and they ain’t ever gonna be the same.

For The Batman, these themes are more implicit than anything. Of all superhero films, I felt Batman himself seemed the most out of place. A hero who really didn’t feel like he belonged in this very-real portrayal of Gotham. He felt like a hero reasonably would; weird. But isn’t that the thing, right? This Gotham is changing. It’s getting worse. Two years in and Bruce isn’t sure the Gotham experience is working. And now he’s got not one but three psychopathic arch-villains to worry about. Maroni and Falcone couldn’t stand a chance even if they tried. If gangsters want to stick around in Gotham, soon they’re going to have to wear a black mask!

And, like the constant rain in Matt Reeves’ Gotham, there’s a perpetual change in the air, and the trash of Gotham is constantly washed away. In some cases, it clears the path to more trash, in others it brings a beautiful reflection. Change is constant throughout The Batman. Renewal, itself, is change. Hope for Real change. Vengeance isn’t enough, but heroics are needed, nonetheless. And even the light hope for Bruce that he doesn’t have to be alone is a massive change to this clearly friendless anti-playboy of a billionaire.

There’s a lot to love in The Batman, and this time around I loved it a lot more. I still truly believe it’s a little too long, but this belief is also perpetuated by the fact I’ve only ever started the movie after 9:30pm. Narratively, the length is well earned, and the finale was far more rewarding this second time around than it was the first. But I still dislike the idea of 4-out-of-5 named characters being, essentially, under 28-years-old. It’s such a breath of fresh air that Cobblepot is, like, 47 years of age. Both Bruce and Selina are essentially 28, Edward’s like 26, and Joker is probably 23 and you can’t change my mind on that. Maybe it’s a juvenile critique but there’s so much lost by having all of these characters essentially be children in comparison to their adaption counterparts. There’s so much life they haven’t lived that I’d like for them to have. I’m a big fan of a weathered Batman.

The Batman is definitely better in my mind than when I first saw it, but even as I come to a close, I find myself questioning any score above 7/10. It’s got greatness, but it’s occasionally wishy-washy. Some dialogue is great, such as a DA defending his crimes with seconds to live – “He didn’t ask what cases, just how much they cost!” – but then has terribly on-the-nose lines like, “You’re not my father!”. It has great cinematography what-with its depth-of-frame and visuals to occasionally mask background CGI, but then has seriously goofy shots Batman gliding or clumsily bending over to peer inside Penguin’s car. It has worthwhile narrative choices but still labors slowly to its conclusion. It’s simultaneously comfortably long and criminally long. It has a lot I love and a lot I’m indifferent about.

So, perhaps a 7/10 is well earned, with an 8/10 soon achieved with a third watch. No doubt I’ll be watching it again before the year’s end.