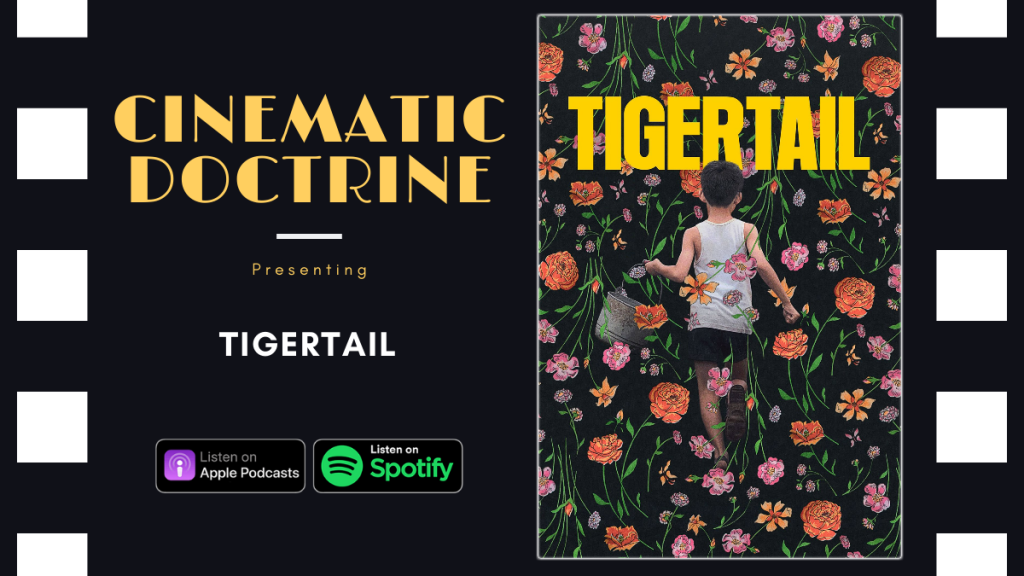 Tigertail released on Netflix around the beginning of that big worldwide event that I can’t type out without algorithms blacklisting my website, and while there were two Netflix properties released around that time with the word “tiger” in it, Tigertail really got the short end of the stick. I guess when you get right down to it, the United States is far more interested in gawking at the bizarre characteristics of human depravity than watching a challenging film about immigration and growing up… but who am I to judge?

Besides, I have Carter Bennett for that, and he can make all the judgments. Just kidding. I had completely forgotten that Tigertail and Tiger King released around the same time until now, and we recorded this episode a few days ago so I guess that was a missed opportunity for some good material. Oh well!

Like I said, Carter Bennett is visiting with us yet again. You may remember him as the guest on our last Patron-voted movie discussion, I Am Legend. If you haven’t heard that one already, go give it a listen. If not, that’s cool too! Just be sure to check out Carter’s Instagram @Film_Junkie_Reviews for some great Christian movie reviews.

In this episode Carter and I talk about how Tigertail was a breath of fresh air after what was turning out to be a lackluster year for movies, what with the aforementioned worldwide event going on as of posting this episode. Then we talk about the difficulty of tackling past experiences and traumas in pursuit of becoming a better man while also recognizing the unique difficulties immigrants face in transitioning from one culture to another. And finally, Carter and I gauge the value of Tigertail as a steppingstone for learning about the immigrant experience.

Carter Bennett is a Contributor and Cohost at Cinematic Doctrine. He’s a ravenous cinephile who loves looking at the film industry through the lens of a Christian worldview. He never went to film school, but that hasn’t stopped him from becoming a certified Film Junkie! His ultimate desire is to faithfully give an account of his savior Jesus Christ through the world of filmmaking!